The latest evolution of Nian, the Chinese New Year monster 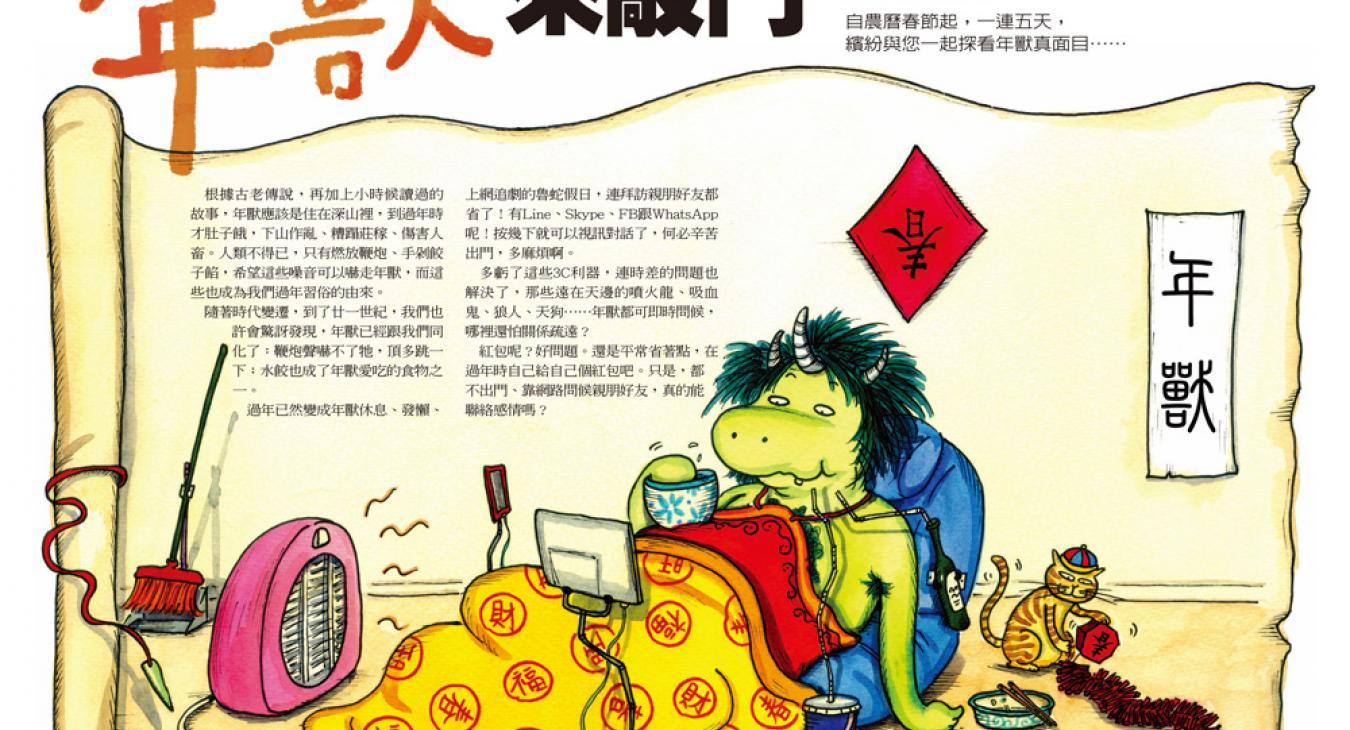 I was invited by United Daily News in Taiwan to write and illustrate Nian, the famous Chinese New Year monster.

It used to eat people and destroy buildings and crops during the end of winter/beginning of spring until humans came up with methods to scare it away for good by making very loud noises e.g. displaying firecrackers and chopping pork into mince (to make dumplings), which are part of the Chinese New Year traditions.

I've visualised my version of modern monster of Nian, which is a couch potato and addicted to mobile and internet.

Be the first to get my news

See my latest news and videos.

Want to work with me?

Get in touch now!